Uzbekistan: Stop Punishing Homosexuality and Respect the Human Rights of All 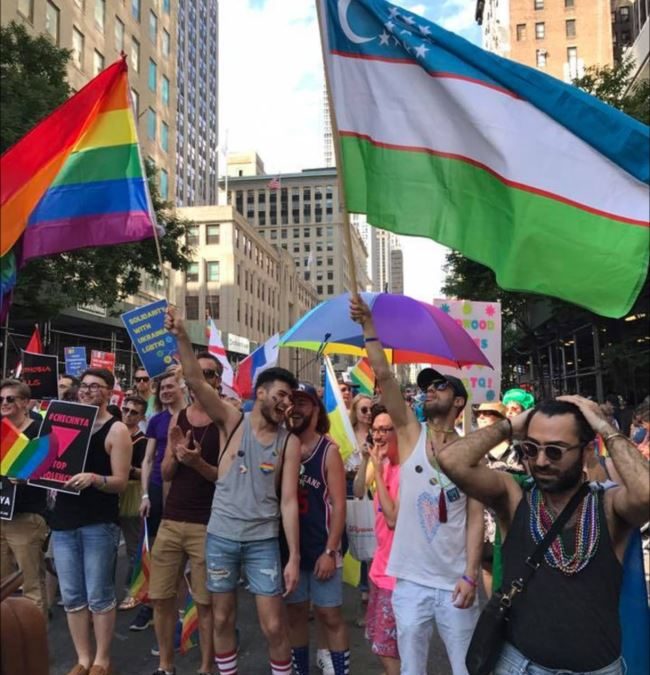 ”When I remember the things that happened to me my heart stops beating.”
— A former prisoner recalls his time in detention.

The NGOs jointly issuing this statement urge the Uzbekistani authorities to live up to their international human rights obligations by decriminalizing homosexuality. Article 120 of the current Criminal Code punishes consensual sexual relations between adult men by up to three years’ imprisonment. Uzbekistan is currently drafting a new Criminal Code and should take this opportunity to improve its human rights record and remove legislation that punishes individuals for the peaceful exercise of their fundamental human rights.

We call on the Uzbekistani government to repeal legislation that punishes consensual sexual relations between adult men and that is used to repress individuals‘ freedom, personal security and privacy and persecute them for peaceful exercise of human rights including the right to life. The authorities should also combat existing stigma and discrimination of LGBTI persons by actively increasing public awareness about human rights.

As a party to the International Covenant on Civil and Political Rights Uzbekistan has committed itself to ensure that everybody can exercise their rights without distinction of any kind, “such as race, colour, sex, language, religion, political or other opinion, national or social origin, property, birth or other status.“ In their concluding observations issued in January and May 2020, both the United Nations (UN) Committee against Torture and the UN Human Rights Committee called on Uzbekistan to repeal Article 120.

“When I found out that my son is gay, I was thrown into a blind panic. I dragged him to imams, and to psychologists to try to “heal“ him. But all I did was hurt him and spoil his life. Now I understand that homosexuality is not an illness. He is still the same handsome, clever and peaceful person. He simply happens to love people of his own sex, that’s all! But because of this, many want to kill him, burn him, stone him. As long as Article 120 exists my son and other LGBT people will not be able to live quietly and be happy. I believe that revoking Article 120 will only lead to good – for everyone.”
— Mother of a young gay man calling on her fellow citizens not to be afraid of people with same-sex relations.

A young man who in recent years was imprisoned under Article 120 and has since been released, reports that he does not know how to live with the trauma of having been beaten and treated with hatred and contempt each day. In pre-trial detention he was regularly subjected to violence by other detainees while the guards looked the other way. He recalled that the days spent in pre-trial detention “were the most awful and disgusting in my life” and that officers beat and attempted to rape him with a truncheon when he first arrived at the prison colony.

Article 120 poses a constant threat to gay and bisexual men in their daily lives and makes it impossible for them to lodge complaints with the authorities about violence and discrimination to which they are subjected, for fear of revealing their sexual orientation. Groups defending the human rights of LGBTI persons are unable to operate safely in Uzbekistan and the authorities suppress all attempts to draw attention to human rights violations affecting LGBTI persons.

A gay man from Uzbekistan said on condition of anonymity:

“Article 120 gives people the right to abuse and discriminate with impunity against persons with a non-traditional sexual orientation or gender identity. It also provides the ideal breeding ground for corruption. As long as this article exists, we will have to live in fear and homophobes will have power over us.”

Police do not press charges against all the gay and bisexual men whom they track down, but often threaten to imprison them or disclose their sexual orientation to their families for blackmail and financial extortion purposes. Police also coerce LGBTI people to collaborate with them to identify wealthier gay and bisexual men. In this way many LGBTI persons in Uzbekistan feel they have no option but to lead double lives – they stand to pay a steep price if their wives, husbands, parents, other relatives or neighbours learn about their sexual orientation or gender identity.

Homophobic mobs frequently target LGBTI individuals and those perceived to be gay, subjecting them to physical abuse and extortion. On internet-based messaging services homophobic activists disseminate the names and contact details of gay and bisexual men and those perceived to be gay and call for them to be “punished” and killed. Videos of such beatings have been disseminated and there are credible reports that several gay men have been murdered or severely injured by homophobic mobs in recent years.

Police are also known to exploit the fear of being labelled as “gay” (an accusation perceived as extremely shameful in Uzbekistani society) by extending the threat of imprisonment under Article 120 beyond gay and bisexual, to heterosexual and pious Muslim men. The NGOs jointly issuing this statement are aware of several cases in recent years when police forced individuals to hand over large sums of money or property or to “confess” to serious crimes including “terrorism” or “attempting to overthrow the constitutional order”, to avoid being charged with Article 120.

Human rights violations including sexual violence against gay and bisexual men and those perceived to be gay, are particularly egregious in penitentiary institutions. These men are frequently victims of torture and other forms of ill-treatment inflicted by police officers, National Security Service officers, prison guards and fellow inmates. Torture methods include rape with bottles and truncheons, attaching heavy water bottles to the detainee’s genitals, wrapping newspaper around the genitals and setting the paper on fire. Gay and bisexual prisoners and those suspected or accused of same-sex relations have the lowest status in the informal but strictly imposed prisoner hierarchy. They are regularly used as “slaves” by guards and other inmates and, for example, are forced to clean dirty toilets with their bare hands.

The Uzbekistani authorities have on several occasions stated that homosexuality is contrary to Islam and the country’s traditional values and cultural norms, and that the public is not ready to repeal Article 120.[1] However, governments cannot use religion, tradition and culture as an excuse to circumvent their human rights obligations. Muslim majority countries that have legalized homosexuality include Uzbekistan’s neighbours Kazakhstan, Kyrgyzstan and Tajikistan, as well as Azerbaijan and Turkey.

For further information about the human rights situation of LGBTI persons in Uzbekistan, refer to: