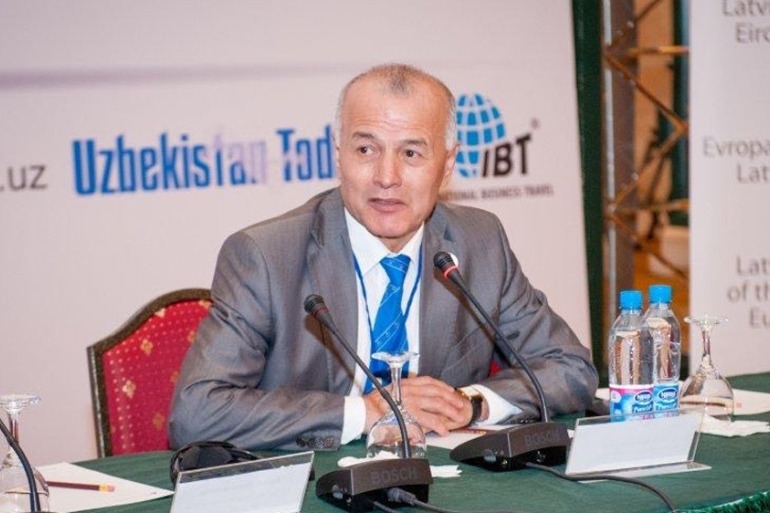 Uzbekistan must cease all pressure, including intimidation and threats, against the family members of Kadyr Yusupov – a former Uzbek diplomat currently being tried on dubious charges of treason, the Association for Human Rights in Central Asia (AHRCA), Fair Trials International, Freedom Now, International Partnership for Human Rights (IPHR) and the Norwegian Helsinki Committee (NHC), said in a press release today.

The groups also called on the authorities in Uzbekistan to guarantee that all international fair trial standards are met in relation to the ongoing trial of Yusupov, and to ensure the safety of his family members, including his son Temur Yusupov, who reports ongoing harassment from the security services.

Closed court proceedings against Kadyr Yusupov began on 24 June 2019 at the Military Court in the Yunusabad district of Uzbekistan’s capital Tashkent. The 67-year-old is being held in a detention facility of the State Security Service (SGB) and is accused of committing treason (Article 157 of the Criminal Code). The charges date back to 2015, although he last worked for the Ministry of Foreign Affairs in 2009 and has been in retirement for the last few years.

On 3 December 2018, Kadyr Yusupov was hospitalised after sustaining severe brain trauma and other serious injuries resulting from a suicide attempt, when he was found on rail tracks at the Pushkin underground station in Tashkent. Shortly after the suicide attempt, while Yusupov was in an extremely confused state, he reportedly cried out that he was a spy. Yusupov is suffering from a psychiatric disorder for which he takes regular medication. There are strong grounds to believe he is not fit to stand trial.

Yusupov’s pre-trial detention has been marred by judicial violations: he was not allowed a lawyer of his own choosing from 10 December 2018 until 24 April 2019, access to essential medication was restricted, and there are credible allegations of torture and threats of sexual violence against him and female members of his family, as wells as threats of arrest of his two sons.

The organisations signing this statement have learned that Kadyr Yusupov’s youngest son – Temur Yusupov has been subjected to intimidation and surveillance, as well as restrictions on his freedom of movement believed to be in retaliation for his proactive role in defending his father.

“The lashing out against Temur Yusupov, apparently in retaliation for bringing western observers to monitor the court hearing against his father, is unacceptable and sows doubts about how deep reforms run in Uzbekistan”, said Nadejda Atayeva, President of the Association for Human Rights in Central Asia.

At yesterday’s hearing the judge granted a motion by the defence requesting that Kadyr Yusupov undergo a medical and psychiatric evaluation. The assessment will be carried out in a psychiatric ward where Kadyr Yusupov is likely to be held for a period of one or two months. While the medical evaluation is being conducted judicial permission will be required for visits from his lawyer. This is a worrying development that will prolong Yusupov’s detention and further restrict his access to legal advice. We are also concerned that Kadyr Yusupov’s family has not been able to visit him for the last 10 months since he has been in detention.

“Three years after the reform process began in Uzbekistan, the trial of Kadyr Yusupov clearly shows that the executive branch of power continues to exert pressure on the judiciary. The Uzbekistani authorities must take steps to address this and ensure that the threats against Yusupov, his family and his lawyer cease.” said Brigitte Dufour, Director of International Partnership for Human Rights.