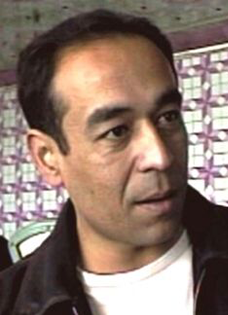 In response to a petition filed by Freedom Now and Hogan Lovells LLP (formerly Hogan & Hartson), the United Nations Working Group on Arbitrary Detention publicly released its opinion that in arresting and continuing to detain Annakurban Amanklychev and Sapardurdy Khadzhiev, the Government of Turkmenistan is in violation of international law. The opinion calls on the Government of Turkmenistan to release the two human rights advocates.

Freedom Now Executive Director Maran Turner stated: “In its opinion, the Working Group judged the Government of Turkmenistan’s arrest and detention of Annakurban Amanklychev and Sapardurdy Khadzhiev to be arbitrary and affirmed that the government’s actions were a means to punish the two men for their human rights advocacy. We urge the Turkmen government to comply with the UN decision, uphold its commitments to international law, and immediately release prisoners of conscience Annakurban Amanklychev and Sapardurdy Khadzhiev.

Messrs. Amanklychev and Khadzhiev, both members of the human rights group the Turkmenistan Helsinki Foundation, were arrested in 2006. The two human rights advocates had been providing information about the human rights situation in Turkmenistan to media outlets including the British Broadcasting Corporation and at the time of arrest were helping French journalists film a documentary on Turkmenistan. Upon arrest, government officials publicly accused the two men of “gathering slanderous information to spread public discontent.” They received six to seven year sentences after a trial that flagrantly violated international due process standards and are both imprisoned in a high-security prison in the Caspian Sea desert area. The conditions are deplorable: overcrowded and disease-ridden without adequate access to medical attention, proper nutrition, and clean water. There are credible reports that Messrs. Amanklychev and Khadzhiev have been subjected to torture; forced drug injections; and extreme heat, thirst, and hunger.

In its opinion, the United Nations Working Group determined that the detention of Messrs. Amanklychev and Khadzhiev violated a number of articles contained within the Universal Declaration of Human Rights and the International Covenant on Civil and Political Rights, a multi-party treaty by which Turkmenistan is bound. In noting that the two activists are imprisoned solely as a result of seeking to improve the human rights situation in their country, the Working Group concluded that the Turkmen government is violating the men’s rights to freedom of expression and association. Further, when prosecuting Messrs. Amanklychev and Khadzhiev, the government violated their rights to a fair trial.

Freedom Now, a non-profit, non-partisan organization that works to free prisoners of conscience, and Hogan Lovells LLP, an international law firm, welcome the UN’s decision. They call on the Turkmen government to immediately release Messrs. Amanklychev and Khadzhiev.