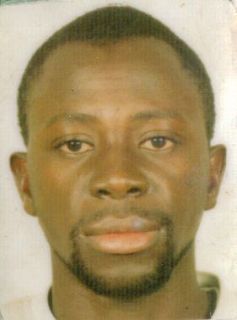 Prior to his arrest, Manneh was a senior reporter for the Banjul-based Daily Observer. Individuals from the Gambian National Intelligence Agency arrested Manneh on July 7, 2006 and brought him to an undisclosed location. The government never revealed the reason for Manneh’s arrest, although it is believed to be related to a BBC article that Manneh republished which criticized the longtime ruler of The Gambia, President Yahya Jammeh.

In June 2008, the Community Court of Justice (CCJ) of the Economic Community of West African States issued a judgment declaring Manneh’s detention to be in violation of international law. The binding judgment ordered The Gambia to release Manneh and pay $100,000 in damages to his relatives. In November 2009, in response to a petition filed by Freedom Now, the UN Working Group on Arbitrary Detention found Manneh’s deprivation of liberty to be a violation of international law and called on The Gambia to immediately release him.

The Gambian government’s silence on Manneh’s death largely continued until Adama Barrow won the presidency in 2016. Shortly after President Barrow’s inauguration, the government began paying out the settlement ordered by the CCJ and in February 2017 police allegedly told his family that the government had killed Manneh. However, the government still has not made an official acknowledgement of Manneh’s death and there has not been any movement made towards identifying and punishing the perpetrators.

In July 2017, the Attorney General of The Gambia announced the creation of the Truth, Reconciliation, and Reparations Commission to investigate and create a historical record of human rights violations committed between 1994 and 2017. The Commission officially began work in October 2018.

In their letter to the Commission, the Senators urge it to investigate Manneh’s disappearance, noting that a full accounting of the facts “can help address the culture of impunity that persisted under the Jammeh regime and restore The Gambia as a model of stability, democracy, and human rights in the region.”

“Chief Ebrima Manneh’s family has spent more than 12 years looking for closure to his abduction. An independent, transparent, and thorough investigation by the Truth, Reconciliation, and Reparations Commission will finally allow them to have definitive answer to what happened to their loved one,” said Freedom Now’s Legal Director Kate Barth. “Freedom Now welcomes this important initiative by Senators Durbin, Cardin, Booker, Leahy, Van Hollen, and Coons and echoes their call for the Gambian government to promptly investigate the disappearance of Ebrima.”