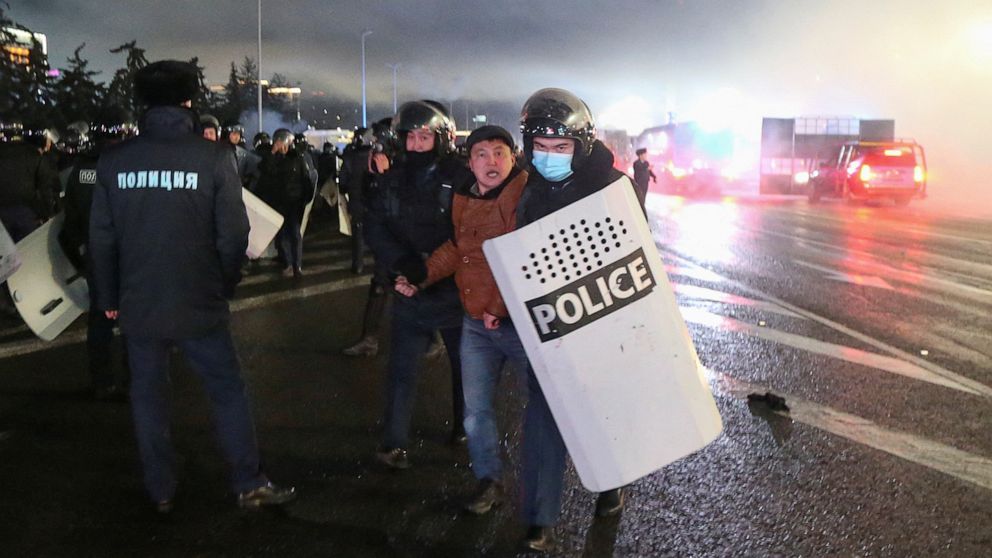 Washington, DC – Today, four U.S. Senators issued a letter to Secretary of State Anthony Blinken expressing their concern about the absence of accountability for serious human rights abuses which took place in Kazakhstan following the popular unrest that spread across the country in early January 2022. The letter, led by Chairman of the Senate Foreign Relations Committee Senator Robert Menendez (D-NJ), calls on the U.S. to take steps to ensure proper accountability for human rights violations committed during the January 2022 events and encourage further political reforms. Signatories to the letter also include Senators Ben Cardin (D-MD), Richard Durbin (D-IL), and Sherrod Brown (D-OH).

The letter emphasizes that, despite more than 200 deaths reported during the January events, the Kazakhstani government has released little information about those who were killed nor has it provided details about investigations into alleged perpetrators of killings or other human rights abuses. In their letter, the Senators also raise concern regarding the deployment of a Kazakhstani military unit which has for years received U.S. security assistance and was deployed during the January 2022 events. The Senators call on the Department of State to take two actions to ensure Kazakhstan holds perpetrators accountable – support an independent international investigation into the January 2022 events and review U.S. security assistance to Kazakhstan to ensure no support is provided to military or police involved in human rights abuses.

Freedom Now welcomes this initiative and echoes the Senators’ call for accountability. Nine months after the tragic events of January, many questions remain unanswered and the Kazakhstani authorities have made little apparent progress in investigating and prosecuting officials responsible for deaths, torture, and mistreatment. In July 2022, Freedom Now joined international and domestic human rights organizations in calling for an independent international investigation into the January 2022 events. We urge the Department of State to take the steps outlined in the letter issued on October 7 and ensure Kazakhstan abide by its international human rights obligations.