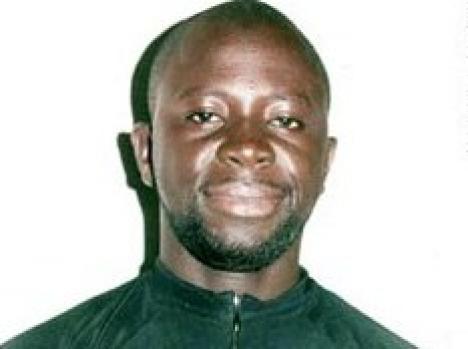 This op-ed was written by Freedom Now Board Chairrman Jeremy Zucker and Brendan Groves. It originally appeared in The Guardian.
December 7, 2009.

On July 7, 2006, plain-clothed agents of Gambia’s feared National Intelligence Agency entered the office of that nation’s premier newspaper, the Daily Observer, without words or warning. As panic gripped the newsroom staff, the agents grabbed Chief Ebrima Manneh, a highly-respected senior reporter, and led him to a waiting car. And, in that moment, Manneh vanished into the shadows of the repressive Gambian regime.

Today, more than three years later, Manneh remains imprisoned incommunicado. He has been neither charged with a crime nor tried. While reports emanate from the Gambian prison system say that Manneh remains behind bars, the regime of President Yahya Jammeh refuses to acknowledge that it continues to detain Manneh.

What seems to have inspired Manneh’s imprisonment? His propensity to tell the truth. Evidence suggests that Manneh contributed to a newspaper article that mentioned what is an unmentionable in Gambia: the fact that President Yahya Jammeh came to a power in a 1994 coup. Telling the truth in Gambia, as Manneh learned, is too often a ticket to prison. Manneh’s story is only one in a saga of suffering endured by Gambian journalists. As the U.S. State Department noted in its most recent report on human rights in Gambia: “The government restricts freedom of speech and press through intimidation, detention, and restrictive legislation.”

President Jammeh publicly displays his extreme antagonism towards a free press, boasting recently that, “If I have good reasons to close a newspaper’s offices, I will do it.” These were not idle words.

In recent years, President Jammeh has shuttered numerous newspapers and has imprisoned – and sometimes tortured – countless journalists who were simply doing their job. Even mild criticism of the regime can invite death or disappearance. Days after the passage of a draconian sedition and libel law in 2004, thugs gunned down a revered Gambian newspaper reporter who was a leading critic of the law. Since then, several other laws have essentially criminalised the act of accurately and forcefully reporting the news.

Manneh’s detention is both morally and legally reprehensible. Just a few weeks ago, the United Nations Working Group on Arbitrary Detention, comprising representatives of five different countries including Senegal and Pakistan, issued a strong rebuke to President Jammeh, declaring that Manneh’s ongoing detention “is a particularly invidious violation of Manneh’s civil and political rights” and violates Gambia’s commitments under applicable international law.

The Working Group’s decision follows a landmark decision in 2008 by the Community Court of Justice of the Economic Community of West African States (ECOWAS), that ordered Gambia to release Manneh and to pay damages to his relatives.

Influential leaders have spoken out against President Jammeh’s conduct. Gambia has so far ignored these exhortations, just as it has ignored the decisions of the United Nations and ECOWAS. Earlier this summer, President Jammeh recalled his Ambassador to the United States after she courageously met with our organisation and others about Manneh’s case. Moreover, President Jammeh recently publicly threatened to kill those who defend human rights in Gambia. As reported by the BBC, Jammeh stated: “If you think that you can collaborate with so-called human rights defenders, and get away with it, you must be living in a dream world. I will kill you, and nothing will come out of it.”

We believe that not only should the United States government press for Manneh’s release and for an end to President Jammeh’s assault on free speech, but so should all countries of West Africa including Nigeria. Much attention has been focused on the Obama Administration’s emphasis -or lack thereof – on human rights as it pursues U.S. foreign policy objectives. President Obama should not miss the opportunity to address Gambia’s human rights abuses, and its detention of Manneh in particular. Neither should President Yar’Adua. Both could do much to fan the flame of liberty in a dark place.

The ultimate onus, of course, rests with the regime in Banjul, and not the administrations in Washington, D.C. or Abuja. President Jammeh must comply with international law and release Manneh and all those detained for exercising their rights of free speech. But if President Jammeh continues to quash the protected speech of his citizens, the U.S., Nigeria, and other countries should speak out on behalf of those whose voices have been silenced. Allowing robust free speech, as President Obama noted in his recent speech in Shanghai, “makes our democracy stronger because it forces leaders to hear opinions that” they may not wish to hear. It is indeed a crucial lesson – one that President Jammeh has yet to learn.