Dispatch from Afghanistan: A War on Women and Civil Society 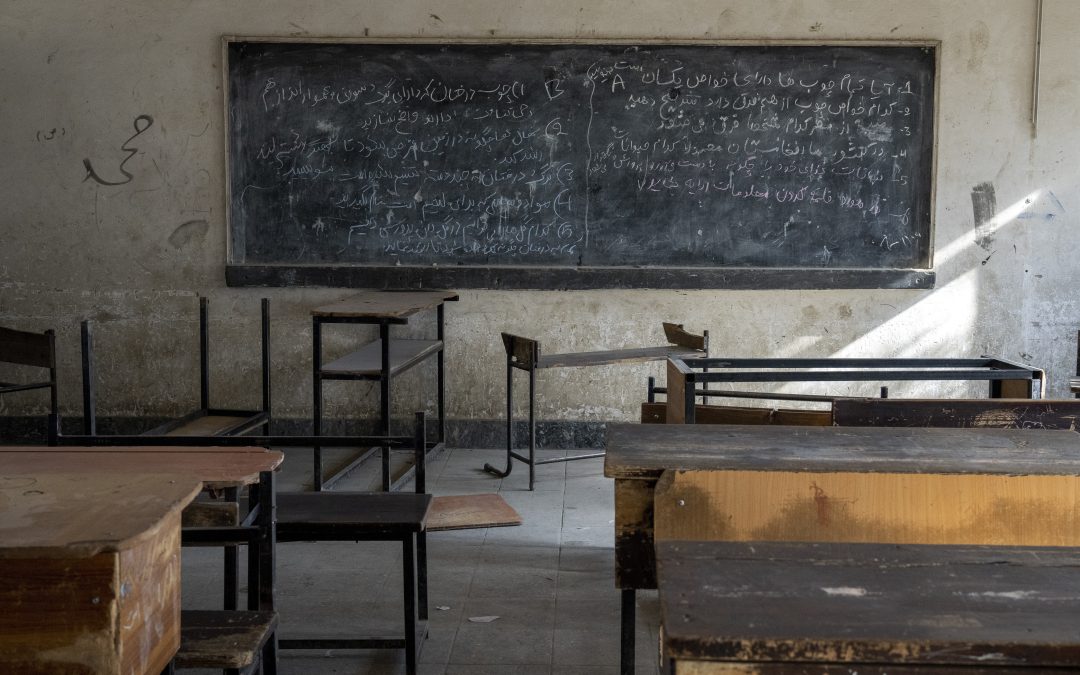 In August 2021, the Taliban ended their war with Afghanistan’s government and began their war on women. Women civil servants were ordered stay home and women’s employment was banned except for limited areas within the health and education sectors. The Ministry of Women’s Affairs was replaced with the Ministry of Vice and Virtue. Secondary education for girls was banned and the rights of women to free movement was restricted by the Mahram policy. When women peacefully protested demanding their rights, the Taliban detained, tortured, and killed them.

This past December the Taliban opened a new front in this war when they issued an edict banning women’s employment in international and national NGOs. Not only does this edict lead to the near complete erasure of women from public spaces, but it has devastating consequences for the delivery of humanitarian aid. Amid the harsh winter that has plunged the region into a historic cold snap, millions of Afghans are struggling to survive. The edict plainly excludes women and marginalized groups from accessing much-needed humanitarian aid and severely limits the capacity of NGOs to deliver aid.

“If I survive the cold and starvation, the Taliban’s oppression will kill me.”

Freedom Now has spoken to various women human rights activists and women aid workers across Afghanistan to reflect on the impacts of the NGO ban and to seek their view on what the response of the international community must be.

Shaista, an aid worker from Pakita province, told Freedom Now: “I was the sole breadwinner for my family. I worked for a major international aid organization and helped with distributing aid to other women in my community. When my office informed me that I was not allowed to come back to work anymore the first thing that came to my mind was: how do I keep my family warm in this cold weather?”

Women working for international aid organizations are usually able to earn a decent salary that allows them to support their families. With this recent ban, the livelihoods of families are taken from them. Furthermore, with no female aid workers and aid distributors, women’s access to aid is also cut off.

Despite the severe humanitarian repercussions of this ban, women from across Afghanistan told Freedom Now that they welcomed the decision of some organizations to suspend their activities unless the Taliban reverse their policies: “As I speak to you now, I am cold, and I am hungry. If I survive the cold and starvation, the Taliban’s oppression will kill me. If international organizations compromise our rights to be able to continue their work, we will be suffocated by the Taliban. They will be emboldened,” Laila H. a social activist from Daikundi province told Freedom Now.

After being banned from accessing education, free movement, and even access to parks and public baths, to some women their job at an NGO was their only hope to remain present in the public space, which has now been taken away from them.  Parisa S an aid worker that worked for a major international organization from Kabul told us: “The day Taliban announced their edict to ban our employment from NGOs my organization informed me and my woman colleagues to not come to work the next day and immediately excluded us from the organization’s email chains and chat groups. I felt broken and hopeless that day. Not only because I had just lost my source of income but also because I felt not even my organization was not standing with me.  They excluded us just like the Taliban.”

Munisa Mubariz, a woman human rights defender and a partner of Freedom Now said: “Some organizations have either been forced or are willingly complying with the Taliban’s policies. Human rights are universal and must be a principle of humanitarian work. Is excluding women from work in line with the values of the international aid organizations that plan to continue their operations despite the Taliban’s bans? We hope that international aid organizations stand in solidarity with the women of Afghanistan and suspend their activities unless women are back in the workforce. Appeasing the Taliban will not have the desired results. It will only contribute to the erasure of women.”

“The Taliban don’t feel accountable to the international community.”

In recent weeks high-level delegations from aid organizations and the UN have raced to Afghanistan to meet with the Taliban and discuss their recent policies. Last week UN Deputy Secretary-General Amina Mohammed visited Afghanistan to call on the Taliban to reverse their edicts restricting the rights of women.

As he concluded his trip to Afghanistan on January 14th, Jan Egeland Secretary General of the Norwegian Refugee Council tweeted:  “Leaving Afghanistan with a heavy heart. It was minus 20 C when we left Kabul. Millions will be without relief until we are again allowed to work with and through women.”

But in the end, these all might be empty gestures. The Afghan human rights community and civil society members believe that after almost two years of international attempts to constructively engage with the Taliban, high-level visits such as this serve only to embolden the Taliban and have no discernable impact on the lives of the people of Afghanistan.

As the human rights crisis and the humanitarian situation worsens in Afghanistan, the international community must be unified in their response to the Taliban’s increasing attacks on the rights of the people of Afghanistan. The international aid organizations must listen to the women of Afghanistan and suspend their activities until all women are back to work.