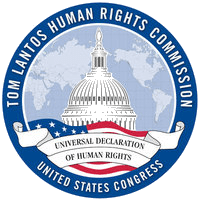 On November 21 and 22, Saudi Arabia hosted world leaders for the annual G20 summit on the theme “Realizing Opportunities of the 21st Century for All.” In preparation for the G20, the Saudi government hosted the W20 Women’s Summit in late October. These events are taking place even as Saudi Arabia maintains a repressive male guardianship system that severely limits women’s fundamental human rights, and jails, prosecutes and tortures those who speak against it, including Defending Freedoms Project prisoners of conscience Loujain al-Hathloul, Nouf Abdelaziz al-Jerawi, and Samar Badawi. Nor is repression limited to advocates for women’s rights. Raif Badawi remains in prison for blogging, as does his lawyer Waleed Abu al-Khair, a human rights activist in his own right. In recent years the Saudi government has intensified its pursuit at home and abroad of those who criticize its medieval policies, as evidenced by the brutal state-sponsored assassination of dissident journalist Jamal Khashoggi.

On November 10, 2020, the U.S. House of Representatives’ Tom Lantos Human Rights Commission held a briefing on human rights in Saudi Arabia. The event brought together victims of Saudi human rights abuses with researchers and advocates. Panelists provided an up-to-date overview of the human rights situation in the Kingdom and offered recommendations for the incoming Congress and administration.

You can watch a video of the briefing here: