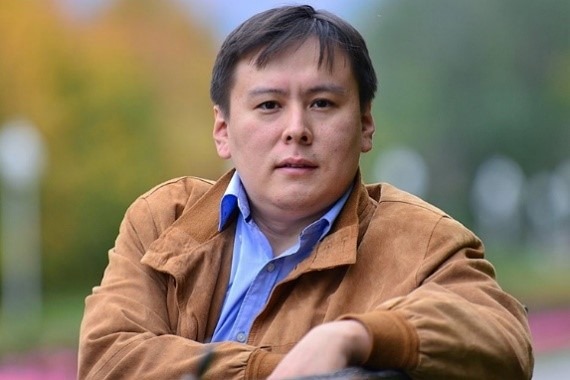 Zhanbolat Mamay is a journalist, civic activist, and political opposition leader who has advocated for human rights and democracy in Kazakhstan. On February 25, 2022, Mamay was arrested for organizing a peaceful demonstration on February 13, 2022 to memorialize the protestors that were killed, injured, and arrested during the January 2022 anti-government protests (now known as the January Events). Mamay was arrested by plainclothes officers who refused to initially refused to to disclose the reasons for the arrest. Once he arrived at the police, officers stated that he was arrested for organizing a peaceful protest without government permission. Arrested in February for 15 days for this administrative violation, Mamay still is not free as politically motivated charges against him mount and the authorities continue to detain him without cause.

Mamay was sentenced to a 15-day administrative detention only for not receiving government permission under Kazakhstan’s strict regime for controlling public protests. On March 12, 2022, Mamay’s detention was extended after the government brought criminal charges against him for insulting a government representative and spreading false information due to his criticism of the authorities and calls for reforms at protests in 2021. Prosecutors later charged him with organizing mass riots for a January 4, 2021 protest he organized in solidarity with protesters in western Kazakhstan who criticized fuel price increases.

The government has a history of targeting Mamay for his activism. In 2012, Mamay was arrested and charged with inciting social hatred after speaking out against inequality and in support of protesting oil workers in the western region of Zhanoazen. Although Mamay was charged in relation to the Zhanoazen protests, the charges against Mamay was later dropped. In 2017, Mamay served as editor of an opposition newspaper Tribuna, which was the target of government harassment. He was accused and convicted of money laundering in charges that were widely considered to be politically motivated. While detained in relation to the 2017 charges, Mamay suffered torture and intimidation. Mamay is also a supporter and co-founder of the Democratic Party of Kazakhstan, an opposition party which has for years been unable to officially register.

On May 3, 2022, the Human Rights Defenders Expert Council in Kazakhstan labeled Mamay as a political prisoner. Numerous international human rights organizations, including Human Rights Watch and Amnesty International, have called the charges against Mamay unfounded and called for his immediate release. During an August 2022 visit to Kazakhstan, members of the European Parliament called for a “halt to the harassment and intimidation of political and civil society activists and the release of all political prisoners, in particular Zhanbolat Mamay.”