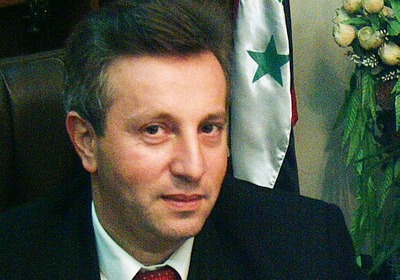 Muhannad Al-Hassani is a human rights lawyer and activist who was wrongfully imprisoned in 2009 when he was president of the Syrian Human Rights Organization.

Known as a “soft-spoken lawyer,” Al-Hassani is internationally recognized as a bold advocate of human rights. Prior to his arrest, his work focused on defending Syrian political prisoners and exposing abuses in the Supreme State Security Court (SSSC), a special tribunal that handles politically sensitive cases and is not bound by a code of procedure. In recognition of these efforts, Al-Hassani was awarded the 2010 Martin Ennals Award, a prestigious international award for human rights defenders that praises activists of exceptional courage and innovation. In announcing Al-Hassani as the recipient, the chairman of the Martin Ennals Foundation described him as “a man of exceptional courage, arbitrarily detained in unacceptable conditions for defending the rule of law and the right to organize a human rights organization.”

Al-Hassani’s efforts to draw public attention to the unfair SSSC trials of political activists made him a target of the Syrian government. Under the direction of the government, the Syrian Bar Association disbarred Al-Hassani from the Damascus Bar.

On July 28, 2009, officers of the Syrian General Intelligence Service arrested Al-Hassani. The catch-all charges leveled against Al Hassani—“weakening national sentiment” and “conveying within Syria news that could debilitate the morale of the nation”—are routinely used to jail pro-democracy advocates in Syria. On June 23, 2010, in a trial that violated international standards of due process of law, the SSSC convicted and sentenced Al-Hassani to three years in prison.

This sentence came after Al-Hassani had already spent nearly a year in prison without bail, in a small cell with seventy other prisoners, prohibited from reading, writing, or speaking to any fellow prisoners. Al-Hassani was incarcerated in ‘Adra prison, for some time with his lawyer and fellow Freedom Now client Haitham Al-Maleh. Reports indicate that he was forced to sleep on the floor in an overcrowded prison cell and was beaten by prison guards.

Freedom Now and Hogan Lovells LLP filed a petition with the UN Working Group on Arbitrary Detention on behalf of Al-Hassani. The Working Group determined in August 2011 that his detention was a violation of international law.

Al-Hassani was released from prison in June 2011.