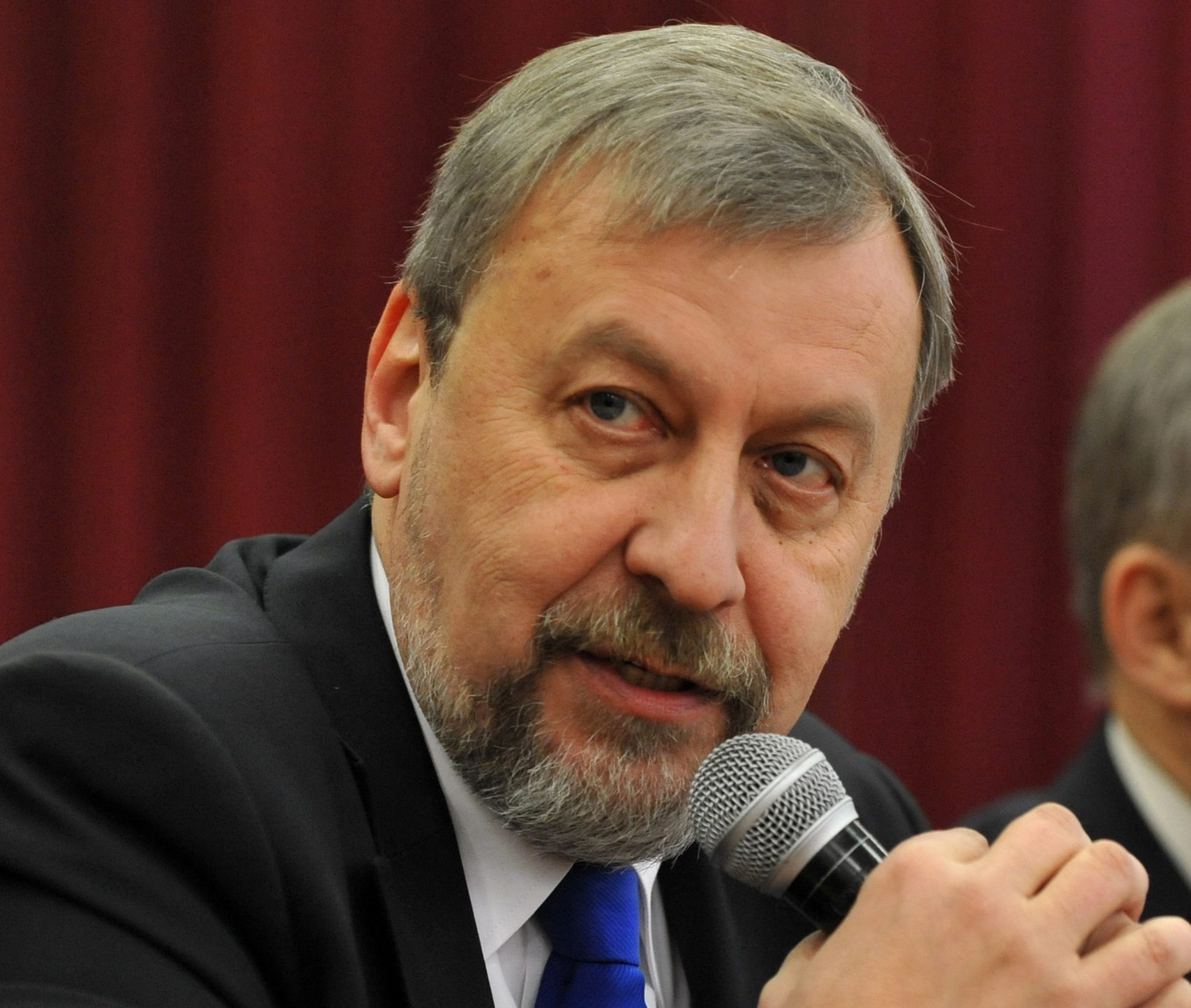 Andrei Sannikovis a former diplomat and one of the most prominent members of the opposition in Belarus. Authorities beat and arrested Sannikov, along with his wife Iryna Khalip, after they attended a demonstration on December 19, 2010. On March 12, 2011, he was sentenced to five years in prison on charges of organizing or participating in a mass riot. The government pardoned Sannikov on April 14, 2012, after nearly 16 months in detention.

Before joining the opposition, Sannikov worked as a diplomat and served as the Deputy Foreign Minister of Belarus. He resigned from his government post in 1996 to protest a controversial referendum that expanded the powers and extended the term of President Lukashenko. He then co-founded Charter ‘97, an organization that promotes democracy in Belarus and maintains an independent news website. In 2010, he ran as an opposition presidential candidate.

After the presidential polls closed on December 19, 2010, Sannikov joined thousands of protesters peacefully demonstrating in downtown Minsk. After a small group of individuals at the back of the crowd broke the windows and doors of a government building, riot police responded with indiscriminate and disproportionate force. Just before midnight, police moved in and violently dispersed the crowd, and although they encountered virtually no resistance, authorities arrested over 700 people, severely beating many of them.

During the crackdown, police seriously injured Sannikov’s legs by pinning him to the ground with a riot shield and repeatedly jumping on the shield. On the way to the hospital, police stopped Sannikov, dragged him out of the car, and arrested him. They punched Sannikov’s wife, Iryna Khalip, in the face and arrested her.

After his arrest, Sannikov was imprisoned at the KGB pretrial detention center in Minsk. Describing his client’s condition as “horrendous” and voicing concern about further mistreatment during pretrial detention, Sannikov’s lawyer was disbarred. Sannikov has since retained new counsel.

On April 27, 2011, the proceedings against Sannikov began in the Partyzanski District Court in Minsk on charges of organizing or participating in a mass riot. During the trial, described by the US State Department as “clearly politically motivated”, prosecutors produced no evidence that Sannikov engaged in violence. On May 12, 2011, Sannikov received a five-year sentence.

On November 15, 2011, authorities prevented Sannikov’s attorney from seeing him at the Mahilou prison and indicated that he was to be transferred, his third transfer since December 2010. The government did not inform either his lawyer or his family where Sannikov was to be taken. It appears that he had been taken to a Babruisk prison colony sometime before November 15th and then transferred him again–apparently back to the Prison in Mahilou. During the transfer, Sannikov was placed in a cold rail car for 24 hours and denied food. On November 23, Sannikov’s lawyer again attempted to visit him at Mahilou prison and was told that Sannikov had been transferred to a detention center in Vitsebsk two days earlier. Authorities finally allowed Sannikov’s lawyer to meet with him on January 20, 2010.

Freedom Now and Hogan Lovells filed a petition in September 2011 with the UN Working Group on Arbitrary Detention on behalf of Sannikov. The Working Group determined in May 2012 that Sannikov’s detention was a violation of international law.

Freedom Now brought international attention to Sannikov’s case by publishing op-eds in the Washington Post and the Times of London as well as preparing a report for the UN Human Rights Council prior to Belarus’ universal periodic review.

In May 2012, 28 members of the U.S. of House Representatives sent a letter to the International Ice Hockey Federation urging it to move its 2014 World Hockey Championship from Minsk, Belarus due to its continued imprisonment of Sannikov and other opposition politicians.

Sannikov was pardoned on April 14, 2012, after nearly 16 months in detention.