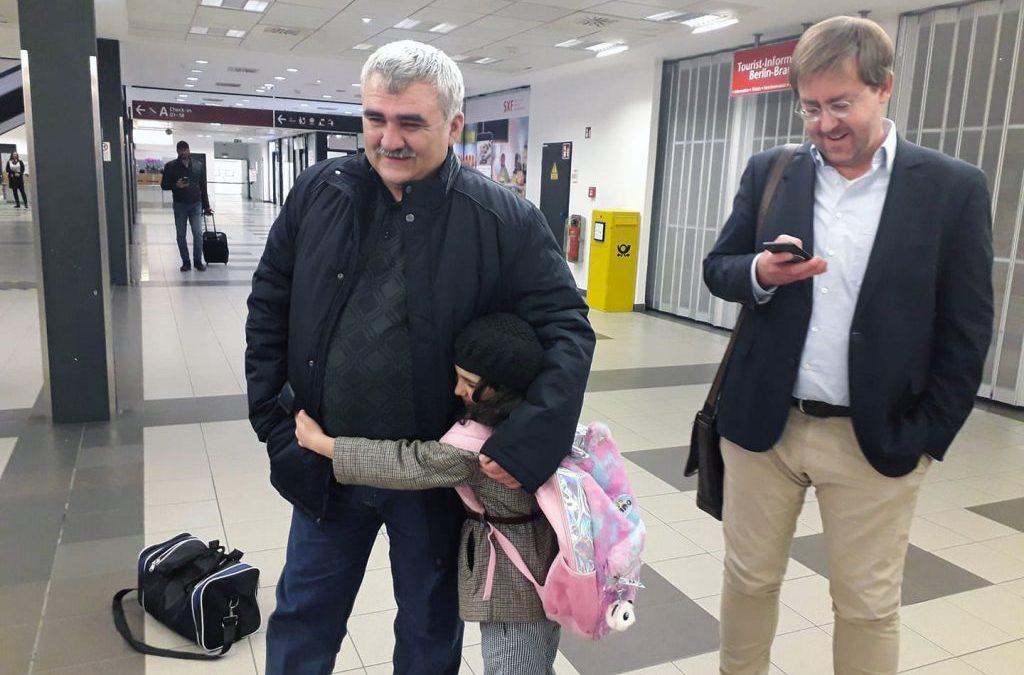 Washington, D.C. – Freedom Now welcomes the release of journalist Afgan Mukhtarli from wrongful detention in Azerbaijan. Mukhtarli was released after serving 33 months on fabricated charges believed to be related to his journalism. According to sources, he has been sent to Germany to reunite with his family.

Mukhtarli is a journalist who was residing in Tbilisi, Georgia when he was abducted in 2017 and taken into custody in Azerbaijan. Prior to his abduction, his work helped expose corruption in Azerbaijan’s Ministry of Defense and the extensive business networks owned by Azerbaijani President Ilham Aliyev and his affiliates in Georgia. On May 29, 2017, Mukhtarli was abducted blocks from his home in Tbilisi by unidentified men who brought him to the Azerbaijani border checkpoint where he was detained for several hours before Azerbaijani authorities transported him to Baku. It remains uncertain whether the Georgian government had a role in his abduction. He was charged with illegal border crossing, violence against police, and smuggling after several thousand euros were allegedly found on his person. Mukhtarli was sentenced to six years in prison in January 2018.

“The politically-motivated imprisonment of Afgan Mukhtarli cast a dark shadow over Azerbaijan and Georgia, both of which ignored calls from governments and international organizations to investigate the circumstances of his abduction,” said Freedom Now Executive Director Maran Turner. “We are grateful that Afgan is finally free, but are reminded that local activists have cataloged over 100 political prisoners still detained in the country. We call on President Aliyev to affirm his commitment to human rights, release all remaining political prisoners, and ensure that all formerly imprisoned human rights defenders, civil society leaders, journalists, and activists are able to conduct their work without fear of threats or harassment.”

Since 2011, Freedom Now has campaigned for the release of 21 prisoners of conscience in Azerbaijan, including journalist Khadija Ismayilova, human rights activist Rasul Jafarov, lawyer Intigam Aliyev, and civil society leaders Leyla and Arif Yunus – all of whom have been released. In September 2017, Freedom Now, International Partnership for Human Rights, and Human Rights Education and Monitoring Center launched a report entitled Repression beyond borders: Exiled Azerbaijanis in Georgia. The report investigated the circumstances of Mukhtarli’s abduction; harassment and threats directed towards Azerbaijani exiled dissidents by unknown individuals presumed to be associated with the Azerbaijani authorities; rejection of applications for asylum and residency permits by Georgia of Azerbaijanis on dubious and opaque state security and public order grounds; as well as cases of dissidents denied entry into Georgia despite the country’s visa-free travel agreement with Azerbaijan.