As Press Freedom Declines in Eurasia, What Can Its Supporters Do? 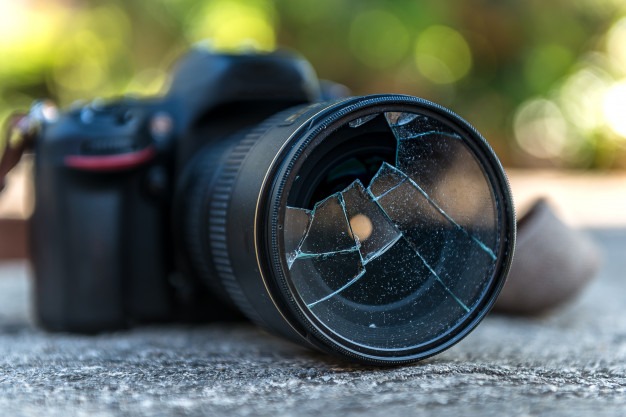 Press freedom and the freedom of expression are key to the development and health of democracy, protecting human rights, and countering corruption and abuse. Unfortunately, across the world independent journalists and media are pressured, persecuted, and targeted with violence and repression because of their work, the issues they cover, and the stories they reveal. Regular people expressing themselves in public share a similar fate in many places, especially since governments have been increasingly policing social media and online speech.

The press freedom challenges in Eurasia are among the most severe in the world. According to Reporters without Borders’ (RSF) 2021 World Press Freedom Index, out of 180 countries ranked, Azerbaijan (167), Kazakhstan (155), Tajikistan (162), Turkmenistan (178), and Uzbekistan (157) rank among the worst for press freedom.

Despite these press freedom challenges in Eurasia, independent journalists and media brave on, but they need all of the support they can get. Fortunately, supporters of press freedom, especially governments, but also civil society and businesses, have many tools at their disposal to support press freedom and the freedom of expression.

On World Press Freedom Day, Freedom Now highlights several Eurasian countries where press freedom is most under threat, and offers its suggestions for what governments and others can do to support press freedom and the freedom of expression.

Azerbaijan: Pressure the government to release all journalists locked up on politically motivated charges

To sideline independent media, the Azerbaijani government fabricates cases against journalists, especially those with a history of reporting on controversial topics. In November 2020, Afgan Sadygov, a journalist for the outlet Azel.tv, was convicted of extortion. The charges were widely viewed as punishment for Sadygov’s reporting on local officials’ alleged involvement in silencing underage victims of sexual assault by police. Sadygov has been repeatedly imprisoned by the government, including during 2016-2018, and at least three times since 2018 according to the Committee to Protect Journalists (CPJ).

Threats to journalists reached new heights during Azerbaijan’s brief war in late 2020 to retake territory in the Nagorno Karabakh region it lost to separatists in the early 1990s. In addition to indiscriminate attacks on homes, medical facilities, and religious buildings during the war, attacks by Azerbaijani forces led to injuries of at least seven journalists. In at least one incident, several journalists appear to have been specifically targeted according to RSF.

With at least seven journalists imprisoned in retaliation for their journalistic work according to local activists, governments and others should use the tools available to them to pressure the Azerbaijani authorities to immediately release those locked up on politically motivated charges. The United States legally bans aid to Azerbaijan under the Freedom Support Act of 1992, however, that ban has been waived annually since 2001 under claims that assistance is necessary to counter terrorism. This waiver should be reconsidered given the depth and breadth of human rights abuses in the country. European countries should use leverage they have through strong economic ties with Azerbaijan to push for the journalists’ release.

Kazakhstan: Use bilateral and multilateral dialogues to call for ending harassment of journalists and others for exercising peaceful expression

While space for public discussion of politics and other sensitive topics has opened up somewhat since the country’s longtime authoritarian leader Nursultan Nazarbayev stepped down in March 2019, journalists and media in Kazakhstan continue to face fabricated and trumped-up charges, assaults, and other threats because of their work. Meanwhile, journalists reporting on the coronavirus pandemic have been harassed and the Kazakhstani authorities have strengthened online censorship.

Kazakhstan’s fake news law, which bans “disseminating knowingly false information,” is used to target and silence critics, including journalists, activists, and others. Political activist Alnur Ilyashev was convicted in June 2020 under this provision for posts on social media criticizing Kazakhstan’s ruling party, Nur Otan, and the government’s handling of the coronavirus pandemic. The previous year, Ilyashev and three others were required to pay Nur Otan party members around $15,500 on similar claims of disseminating false information.

Openness to press freedom and critical ideas are not only an important human rights issue, they are also necessary for Kazakhstan to open economically and politically, and to set itself apart from Russia and China. Kazakhstan’s international partners should use bilateral and multilateral dialogues to pressure the authorities to end harassment of journalists, media, and others because of their critical reporting and peaceful expression.

Nearly all independent media outlets have been forced to close or operate in exile. For those still operating in Tajikistan, harassment is relentless. Radio Free Europe/Radio Liberty’s (RFE/RL) Tajik service, known locally as Radio Ozodi, is a consistent target of the government’s ire. The Ministry of Foreign Affairs often delays or denies RFE/RL’s journalist accreditation, necessary for them to report in Tajikistan, under arguments that they cover the activities of banned peaceful political groups. As of September 2020, a total of 13 RFE/RL employees were still without accreditation, severely limiting their ability to cover official events or gain access to important sources.

A robust independent media is a hallmark of a strong civil society. If Tajikistan is successful in silencing journalists, it can avoid accountability for human rights violations, corruption, and other abuses. Governments must ensure that independent outlets such as RFE/RL have the funding and support they need to continue their indispensable work. Any future aid to Tajikistan should be conditioned upon allowing independent media to operate freely in the country.

Turkmenistan: Provide journalists tools and support to enable them to safely do their work

In a region known for repressive governance, Turkmenistan stands out. The nation is often compared to North Korea both for its aggressive isolationism and its proclivity to disappear dissidents into a sprawling prison system.

Turkmenistan tightly controls access to information by forcing residents to remove private satellite dishes, throttling internet speeds, and making internet access prohibitively expensive (roughly $3,000 per month). As a result, only 21% of Turkmen citizens have access to the internet, the lowest in Central Asia and far behind 82% in Kazakhstan.

These limitations on access to information were particularly problematic during the COVID-19 pandemic. The Turkmenistani government repeatedly denied the disease was present in the country and as late as March 2021 reported zero cases (the same as North Korea). In March 2020, a pro-government news website claimed RFE/RL reporters were publishing “fake news” about COVID-19 to “create panic.”

Journalists and bloggers who dare to challenge the government face dire consequences. In July 2020, blogger Nurgeldi Halykov was arrested hours after privately sharing with an independent news website a photo of World Health Organization employees in the capital city Ashgabat. He was charged with fraud related to an alleged unpaid debt and sentenced in September 2020 to four years in prison.

Journalists in Turkmenistan need support to safely gather and share information on developments in the country with domestic and foreign audiences, and to respond to emergencies if they occur. Governments and donors should bolster support to journalists in circumventing government censorship by providing them technical assistance to avert censorship and surveillance, security assistance to protect themselves while pursuing their journalistic work in a closed and dangerous environment, and emergency support if they are targeted with repression.

Uzbekistan: Ensure that trade agreements and other goodies are tied to human rights records and ensure robust monitoring and follow-up

Uzbekistan’s longtime ruler, President Islam Karimov, unexpectedly passed away in September 2016 leaving a legacy of human rights violations like widespread torture and forced labor. Karimov’s successor, Shavkat Mirizyoyev, was viewed with cautious optimism at first but has since been embraced as a reformer. While international media outlets were re-invited to the country and locals report a greater feeling of freedom to express themselves, reform has been slow going.

In January 2020, Mirizyoyev promised to provide protection for freedom of expression by eliminating laws in the criminal code that penalize legitimate forms of expression. Individuals can be sentenced up to six years in prison for defamation, insult, insulting the president, and disseminating false information. Although some amendments to the criminal code were adopted in March 2021 and a new code is currently in consideration, the promised reforms have not materialized. Disturbingly, criminalization of defamation remains intact, with fines having been significantly increased for the crime.

Defamation charges are particularly damaging to journalists who seek to uncover government maleficence. For example, in April 2021 freelance journalist Sid Yanyshev was arrested for defamation after publishing an investigation regarding corruption on a local construction project, including an alleged bribe taken by a school to allow unsafe construction to continue nearby.

Uzbekistan must decriminalize defamation and ensure all laws related to freedom of expression are compliant with international law. Western governments should use international institutions to hold Uzbekistan accountable for its promised reforms. In April 2021, the European Union officially gave preferential trade status to Uzbekistan through its GSP+ program. The European Union and its partners should create robust follow-up and monitoring mechanisms to ensure that Uzbekistan complies with its human rights obligations as a precondition of this status, particularly the right to freedom of expression.